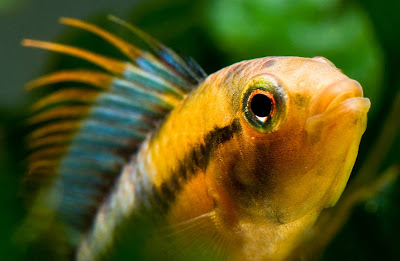 I don't intend to chronicle the discovery of every new species, but they are always worth noting. In an era with more than 25,000 annual extinctions, it seems as if we're hurtling toward another mass die-off, an evolutionary gateway that has swung shut--killing off 50-90% of the species calling earth home-at least five times in our planet's past. The last mass extinction, the Triassic-Jurassic die-off 65 million years ago, killed off the dinosaurs and made possible the rise of mammals. Some scientists believe global warming, with an assist from other human-driven catastrophes--pollution, land clearing and overfishing--could lead to another mass extinction as early as 2100. 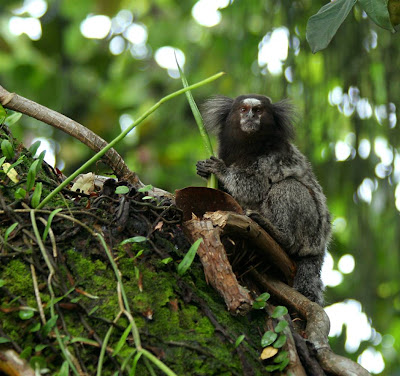 So when a new species is discovered, it's as if there is a new star in the sky, a new reason for hope. It suggests we are not killing things off faster than we can discover them. I hope. Anyways, the latest discoveries come from the imperiled Amazon basin, the vast, green lungs of our planet, which are being ravaged by settlers, loggers and miners for short term gain. World Wildlife Fund researchers and others have discovered 1200 new species--a rate of one every three days during the last decade, a feat detailed in Amazon Alive.. 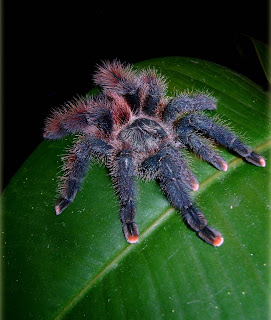 Among them are the electric-looking fish at top, Apistogramma baenschi (photo by Kris Weinhold), one of 257 species discoved in the mother of rivers and its tributaries. How about the stylish spider with the pink slippers, Avicularia braunshauseni, a tarantula with a sharpshooting talent for blasting pesky intruders with perfectly aimed jet of excrement--accurate to 3 feet (photo by Karl Csaba). Then there's the Rio Acari marmoset (lensed by Georges Neron) and the last of this little sampler, a boon for all you flower lovers, is this handsome bromeliaceous Bromelia araujoi photographed by E. Esteves Pereira. Long may they shine! 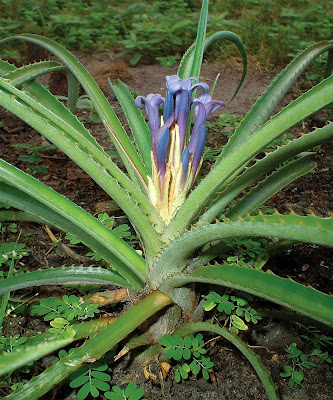 This is extraordinary Steve! Fabulous creatures . . . except the spider is too creepy! The photography is amazing. Your words very poignant. We are hurling towards our own destruction . . . sadly we will be taking many forms of life before then and along with us. Ninety years seems optimistic.

Yikes--I figured 90 years was a little too soon. But, we alone-- among all those thousands of innocent species--are getting what we deserve.