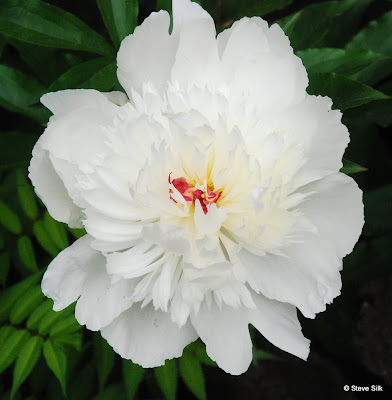 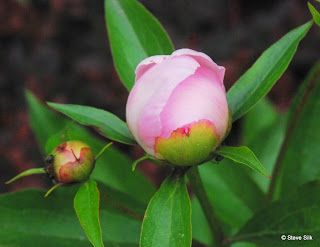 Peonies are the belle of the ball. Any ball. Without doubt they are the most overdressed, most blowsy, most extravagant flower in the garden. They are an ode to botanical excess. I guess that's why you gotta love 'em. No other plant in my garden contributes as little as the peony for 11 and 1/2 months of the year, but during their brief moment in the sun, they rule. Totally.

All my peonies are anonymous. No idea who they are. As luck would have it, some years back the Artiste's brother purchased a farm, which had been, back in the day, a peony, iris and daylily farm. As my brother-in-law planned to turn the former flower fields into veggie gardens and hay-filled meadows, we got out there lickety split with shovels and filled my pick-up truck several times over with whatever goodies we could glom. As for the flowers, it was all sight unseen--we had no idea what we were getting. But hey, free peonies? How bad could that be? Still, it was a lot of work-the fields had been abandoned years earlier, so we had to carefully weed each clump of unidentified stuff we dug. 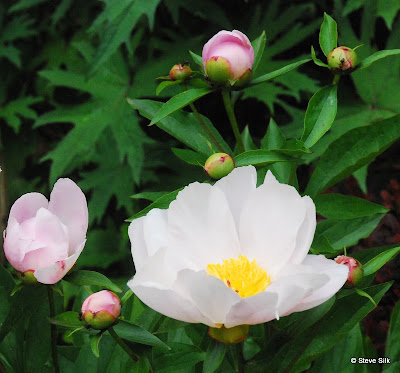 But nameless doesn't mean graceless. As it turned out we had dug loads of old-fashioned single peonies, which, for me have a charm that harkens back to an earlier era. They also have a wonderfully delicate fragrance. Due to their limited season of interest (Okay, early spring's emerging stalks are cool too, and the ruddy colors look great with the right tulips), I've relegated most of our peonies to a peony ghetto, which looks--and smells--splendiferous for about 14 days--if, God willing, it don't rain and the creek don't rise. We're entering that two-week span right about now, and doggone if those old-fashioned peonies don't look better every year. So, breathe deep. It's swoon time here at Clatter Valley. 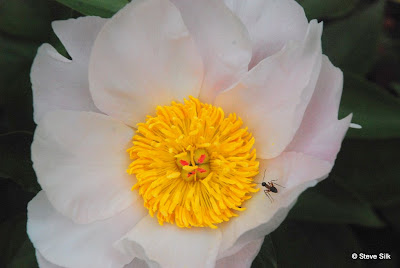 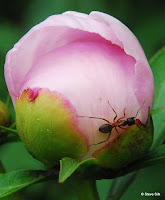 One last thing...What's a peony without ants? The buds and even the flowers are usually crawling with them. The little critters just go nuts over the sweet, nectary secretions of the plant's globelike buds. They just can't keep away from those oh-so-ephemeral flowers. And neither can I.