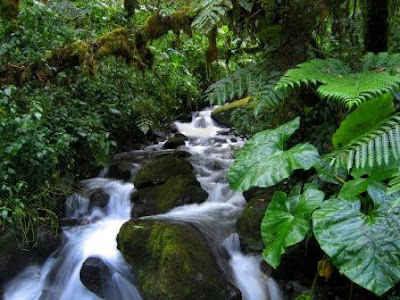 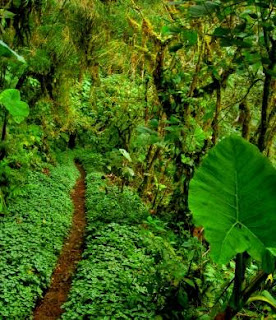 Back in my globetrotting youth, I could never have guessed a mountain path in South America would lead me to a lifetime of lust and a series of seedy, backyard love affairs. But it did. You see, I’ve become what the Brits call “keen about green.” Actually, that’s a bit of an understatement. I’m hot for hostas, passionate for peonies, rapturous about roses. I hurt for heucheras and ache for astilbes. I’m cuckoo for cannas. Smitten by salvias. I’ve yet to meet a plant I didn’t like.

Just this past year I started more than 1,000 seedlings, bought scores of little starter trees and shrubs, and more perennials and annuals than I care to admit. Everywhere I went, I scrounged seeds and cuttings. Not long ago, I was in especially desperate straits, trying mightily to cut the total for my annual bulb order back to a 3-digit dollar amount. It was tough. I really needed all those orange Frittalaria imperialis-they’d look so nice popping up through the rivers of Chionodoxa I’ve planted. Plus I just had to have all those tulip varieties—what would spring be without them? The white daffodils? In a word: essential. And the alliums? Any dolt would understand that I simply couldn’t live without them.

But, I digress. After all, I’m done with bulbs—at least until next fall. Soon my fancy will turn, naturally, to seeds and seed-starting. I’m already pining about an upcoming assignation, one sure to be the first of many a stolen moment with the obscure objects of my seminal desire. Just me, an envelope of Solanum quitoense seeds and some potting soil, all alone in the pallid glow of the florescent lights that have transformed my dank basement into a botanical launching pad. Heaven!

Now I don’t want to give you the wrong idea. I am not suffering from some shopping psychosis. Nor am I plagued by any compulsive accumulation disorder. And I’m not a collector run amok—at least I don’t think I am. Instead, I’m immersed in a celebration, an ongoing horticultural funfest dedicated to the endless adaptations of plant life on our planet. 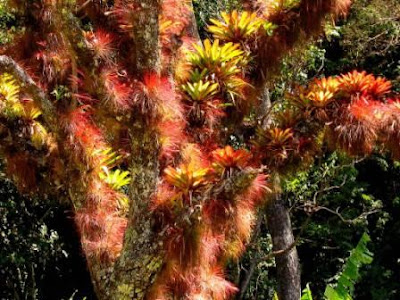 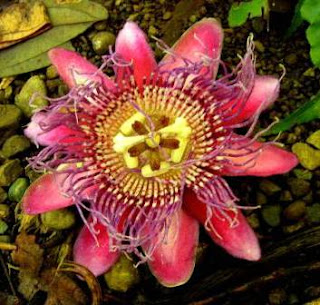 You see, my path to the garden took a rather circuitous route, one that led through the high Andes of Peru, the volcanoes of Java, and the jungles of the Yucatan. I guess you could say I was looking for something out on the road: deeper connection with ancient ways, communion with the forces of nature, or an answer to the question “What are we doing here?” But what I kept noticing were the plants. I once hiked more than 100 miles to reach a remote Inca ruin hidden away in that magical realm where the Andes meet the Amazon. The ruins were neat, but what really got my attention was the miraculous diversity of plants. I was hiking through a landscape that seemed to reinvent itself with every step I took. More than once, I’d spend an hour or two literally awestruck, gazing up at some massive, sky-scraping tree draped in a net of tangling vines and spangled with orchids and bromeliads. I walked for ten days in a haze of wonder. That scene replayed itself all over the globe. 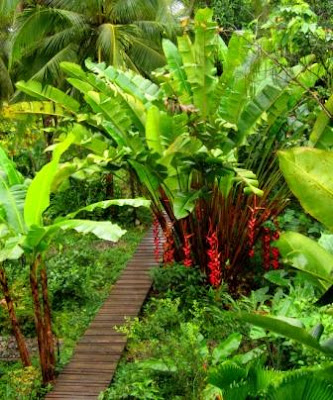 Eventually I settled down, married and built a house. Once my wife Kate introduced me to the joys of ornamental gardening, there was no turning back. We tilled, dug, and planted our days away in weary bliss. I soon realized that it was possible for us to create, on a modest scale, our own richly varied community of plants. It could contain pieces of all the things I held dear during my travels: sculptural succulents from semi-arid regions; leafy, tropical monstrosities sprung from the jungles, tiny alpine plants aglow with subtle beauty, and larger plants imbued with sci-fi strangeness or, more simply, specimens of classical, picturesque beauty. 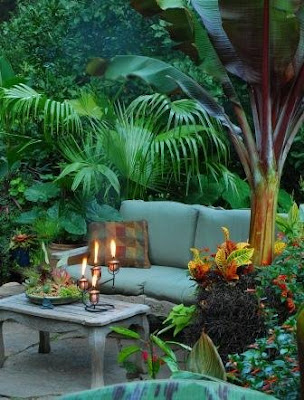 Shortly thereafter, I hung up my backpack. Instead of seeking another exotic spot for a month-long ramble, I began perusing plant catalogs and seed lists. I started acquiring plants, lots of plants. Soon, I never wanted to go anywhere at all during the growing season. A great summer vacation was one spent with dirty hands out in the backyard, immersed in our great, green kingdom of plants. Plant lust turned a patch of ground into my passport to a world of leafy wonder. I never did answer those existential questions about why we’re here, but, in a way, it doesn’t matter anymore. My angst is gone. Now, I’ve got a more urgent query: Got any good seeds?
Posted by Steve Silk at 5:58 PM

I enjoyed every word of your essay. You have sure lived and are living a full rich life. As you give in this blogging world and your many fans pile up--your work, photos, and thoughts will continue to live and give. Thank you.

Thanks Flowergardengirl for your kind words. I'm just putting it out there, we'll see where it goes.

Hi, Steve Silk, and a hearty welcome. Adding you immediately to my blogroll. It's wonderful that you've arrived at Blotanical and you will soar in this community I have no doubt. Gorgeous photos. Intelligent discourse. And passion. Sigh. Can't wait to see what you show us!

Aw shucks, Kathryn--I hope to have many fun surprises in store for you and all my visitors. Thanks for adding me to your blogroll, hope to prove a worthy addition.